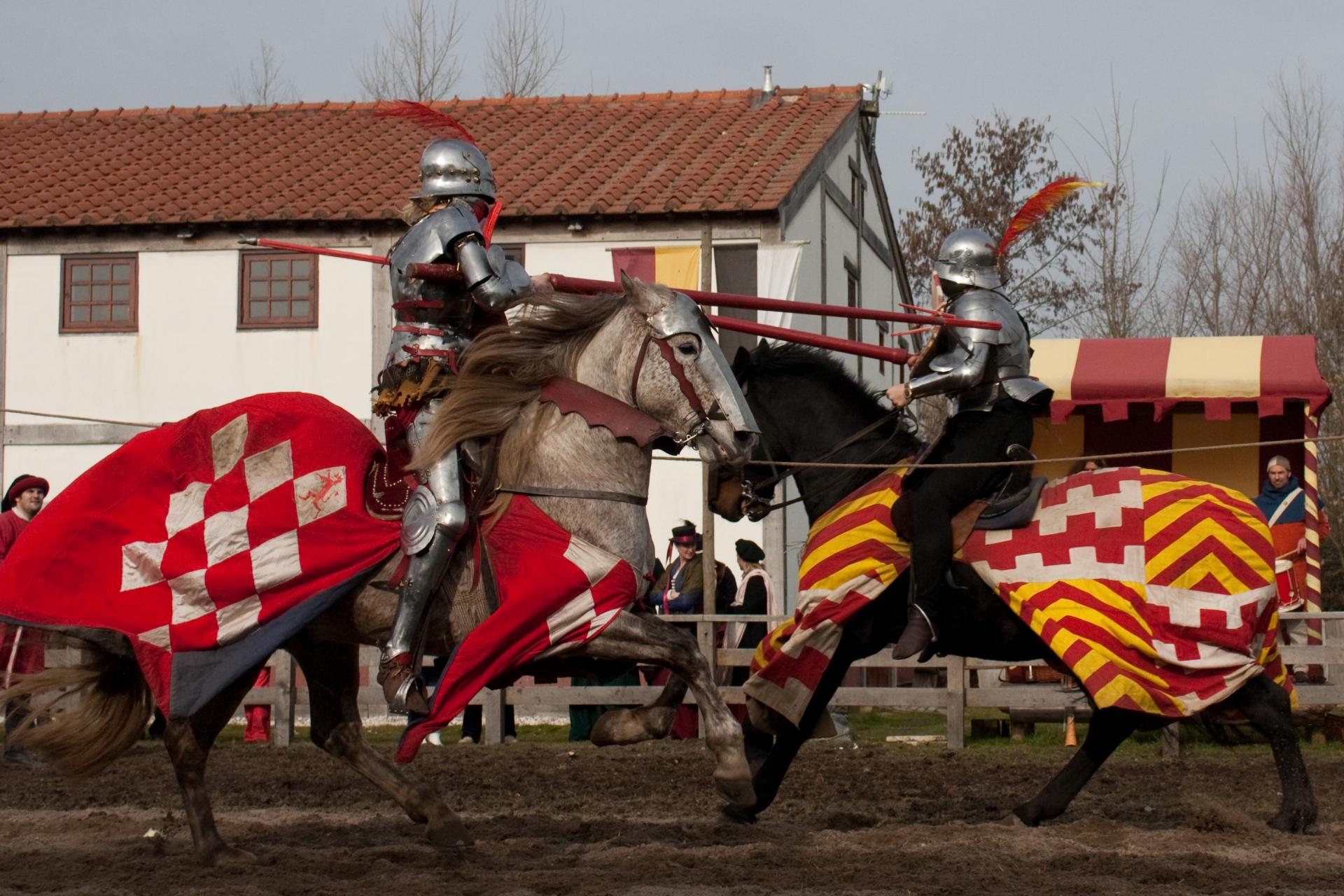 On June 13th and 14th Gravendam, the medieval town of Archeon, will receive high visit: Anselm Adornes is a famous Burgundian knight. He is coming to Gravendam because he has sworn to a maiden. He will act against any challenger in the arena and only when he is overcome, he is fired from his oath. His place will be taken by the victor. That's how it went in the Middle Ages, knights were always in the service of the maidens.

Anselm is searching for a knight who can defeat him in a fair fight. There is a challenger found who wants to challenge him: Joris Bave, steward and an excellent knight. They will compete with each other in the tournament field of Archeon. Choose your favorite knight and encourage him!

In the Middle Ages you were born a knight. Nowadays, you can also become a knight, if you do your best. You have to learn to deal with the weapons of a knight, but also courteous and wisdom. As a knight you obviously need a sword. The Roman Museum is the leaf of a magical sword that was used 800 years ago by a knight. There is a magical text on which no one has yet been able to decipher. When you have completed all the steps of the knighthood, knight Anselm will invite to make a vow.

Do you prefer to learn how the medieval ladies behaved? Then make your own bracelet, leather read and write and also make sure that you learn to dance to medieval music. And although in the Middle Ages boys fought and girls danced, nowadays it also may be the other way around.

On Saturday, June 13th there is also a reading of half an hour, twice a day, "Roman pottery from South Holland (hands-on)" given by Esther van der Linden. In excavations of Roman sites there were always large amounts of shrapnel found in the Netherlands. Now what archaeologists do with the pottery? What can they learn? Esther van der Linden, archaeologist and specialist pottery shows what the finds can tell us about the people of South Holland in Roman times. In addition, she will not only give a lecture, but also display the Roman shards on the table.