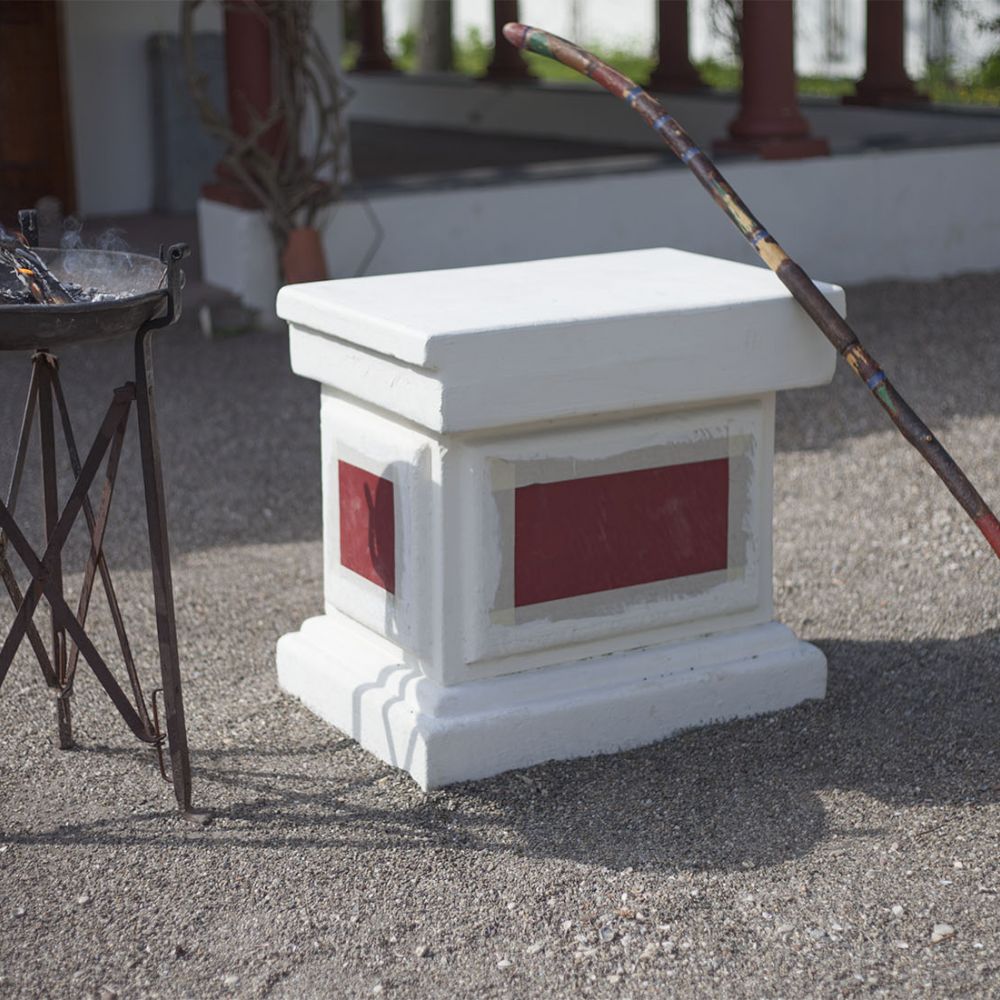 Like the Greeks, Romans sacrifice in the open air to their gods. The Romans believed that the gods lived in the clouds on Mount Olympus, but would like to see what was given (sacrificed) to them. Inside sacrifice would make no sense. On the altar, the offerings were on display. The altar was used to watch on entrails of animals or to interpret the signs of the gods. Next to the altar was a fire bowl, where the offerings were burned.